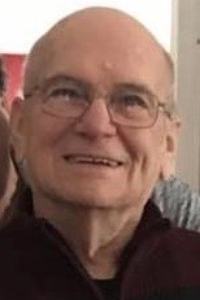 Mr. Warren A. Bredbury Sr., 76, of Salem, NH passed away peacefully at his home surrounded by his family on June 30, 2020. The son of the late Howard and Sarah (Hill) Bredbury, he was born in Lawrence on March 26, 1944 and had been an area resident all his life. Mr. Bredbury was a proud veteran of the United States Army where he achieved the rank of Sergeant while serving in France and Germany. He was retired from the Lawrence Housing Authority, where he worked for many years. Mr. Bredbury enjoyed watching the Boston Red Sox and the New England Patriots. He was great at woodworking and was always a handyman for anyone in need but most of all he loved to spend time with his family. He is survived by his loving wife of 53 years Linda (Preneveau) Bredbury of Salem, NH, one son: Warren Bredbury Jr., and his companion Susan Hunter of Haverhill, two daughters: Brenda and her husband Michael Foss of Salem, NH, Wendy and husband Mark Conway of Raymond, NH. There are three grandchildren: Sam, Zack, and Michael. One great-grandson Camden and several nieces and nephews. Donations may be made in Mr. Bredbury’s memory to the Senior Class Adult Day Services, 201 Route 111, Hampstead Commons, Hampstead, NH 03841.
At the request of Mr. Bredbury, A Celebration of life will be held at the home of Mr. Bredbury. Arrangements are under the direction of Edgar J. Racicot Inc. Funeral Home, 1400 Broadway Rd., Dracut. Online condolences may be shared at www.racicotfuneralhome.com