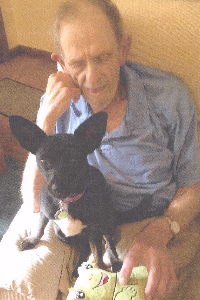 Walter Bogdanchik, Jr., age 75, a lifelong resident of Mansfield, passed away peacefully on Wednesday, July 1, 2020 at the Sturdy Memorial Hospital in Attleboro. He was the beloved husband of the late Elaine T. (Flanagan) Bogdanchik, to whom he was wed for forty-four years at the time of her death on June 23, 2014.

Born in Milford, MA on May 8, 1945, he was a loving son of the late Walter, Sr. and Filomena (DelGreco) Bogdanchik.

Walter grew up in Mansfield and was a graduate of Mansfield High School. During the Vietnam War, he proudly served his country as member of the United States Air Force.

For many years, Mr. Bogdanchik was employed as a Security Officer at the Foxboro Co. in Foxboro. Following retirement, he continued working in security for the NMS Security Co.

Walter was a member of the Mansfield Congregational Church. He very much loved his family and his dog “Willow”. His hobbies included scratch tickets, playing keno, dining out and he was ever so proud of his nature of being independent.

Services, along with burial at the Spring Brook Cemetery in Mansfield will be private and visiting hours are omitted.

Those wishing, may remember Walter with a donation in his memory made to the New England Center and Home for Veterans, 17 Court Street #2601, Boston, MA 02108.