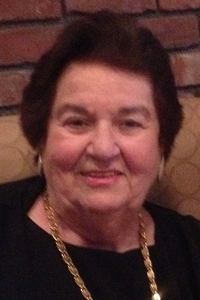 Beatrice (Keshian) Xifaras, 88, of New Bedford passed away on Tuesday June 30, 2020 after a long illness.

Born in Boston and raised in Medford, she was the daughter of the late Margos and Maritza (Meldonian) Keshian. A graduate of Medford High School, she was the Assistant Treasurer of the West Medford Cooperative Bank from 1950-1961. She went on to become a top producing sales representative for Prudential Insurance Company from 1989-1995. In her first year, Bea was honored as being Prudential’s Rookie of the Year for the entire United States. She will always be remembered for her unselfish nature and love for her family.

Survivors include her son William and his wife Christine, in addition to her grandchildren whom she adored, Michael of Boston, Jolie and Alexandra of New York City, Angela of Los Angeles, Athena and Electra of Fairhaven. She was the stepmother of George Xifaras of Burlingame, CA and Carol Soenksen of New Bedford. Other survivors include dozens of nieces and nephews throughout the Boston and New Bedford area.

Due to current restrictions on public gatherings, her services will be limited to family only. Services will be held Monday July 6, 2020 at 10:30 AM at Saint George Greek Orthodox Church. Anyone wishing to send sympathy cards may send them to 40 Valerie St., New Bedford, MA 02740 and flowers to Saint George Greek Orthodox Church 186 Cross Road in Dartmouth. Arrangements are by the Saunders-Dwyer Home for Funerals, 495 Park St., New Bedford. For online condolence book, please visit www.saundersdwyer.com.