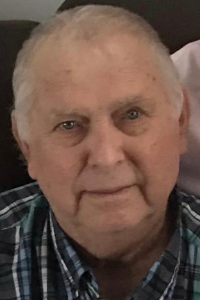 Funeral services will be held 11 AM, Friday, July 3, 2020, at Ocilla Church of God in Ocilla, with the Rev. Josh Bowles, Bishop Brent Griffin, Bishop Michael DiPietro & Pastor Amity DiPietro officiating. Interment will follow in the Evergreen Cemetery in Fitzgerald. The family will receive friends Thursday evening, from 6 PM until 8 PM at the Ocilla Church of God.

Mr. Griffin was born September 29, 1946, in Ocilla, Georgia, to the late Thurman Marion & Lillian Elsie Harper Griffin. He graduated from Fitzgerald High School in 1965 and served in the United States Army for two years. Mr. Griffin was a farmer and he enjoyed fishing and hunting. He loved serving the Lord and was a member of the Ocilla Church of God. Mr. Griffin was a prayer warrior and was always there when the church doors were open. He will be fondly remembered as “Ol’ Faithful” when it came to his prayers and his faith.

He is survived by his wife of 51 years, Linda Young Griffin of Fitzgerald; children: Stephen Brent Griffin & Michelle of Perry and Amity DiPietro & Michael of Waukee, Iowa; grandchildren: Shelby Griffin, Raegan Griffin, Brentley Griffin, Griffin DiPietro and Madlynn DiPietro. In addition to his parents, he was preceded in death by a brother, T. Darold Griffin.