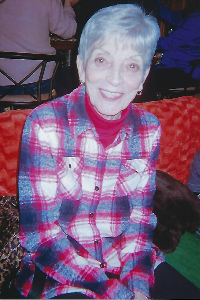 Mary began working at the New England Telephone and Telegraph Company as a phone operator. She later changed career’s and began working in the medical field as a nursing assistant at the Massachsetts General Hospital and the Winthrop Hospital until her retirement.

Following current guidelines as instructed by the Commonwealth of Massachusetts in relation to capacity limits, visiting hours will be held in the Maurice W. Kirby Funeral Home 210 Winthrop St. Winthrop, on Wednesday, July 8, from 9-11AM followed by a Funeral Mass to be held in St. John the Evangelist Church-Winthrop at 11:30AM. Relatives and friends are invited. Burial will be private following the Mass. In lieu of flowers, donations in her name can be made to the American Cancer Society 3 Speen St. Suite 250 Framingham, MA. 01701.