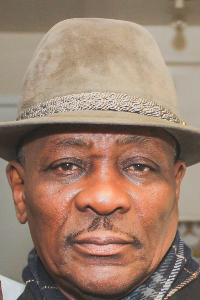 David Jean was born on August 23, 1943, to the late Neomie Pierre-Louis and Vilmain Jean in a small town east of Cap-Haitien, Haiti. He departed this life peacefully on June 28th, 2020 at his home in Hyde Park, MA, with his loving family by his side.

David was blessed with seventy-six youthful years and lived a vivacious life. As the youngest of 9 children, he earned the title of a king amongst them. Early in life, his love of style and fashion led him to become an apprentice and later a tailor. He used his talents and skills to forge a wardrobe that was unmatched. He took pride in his appearance, but also in helping others look good as well. Additionally, as a coiffure, he found great pleasure in giving haircuts to his children, nephews, and friends. When it came to his loved ones, he was very generous and charitable.

David immigrated to the US in the mid-80s in search of a better life for him and his family. He worked at Harvard Neighborhood Health Center in Boston, MA up until his retirement. He provided for his children back in Haiti until he was able to get them to the states.
David was a dedicated member of Temple Salem Seventh Day Adventist Church. He was always one of the first people to attend and sit in his favorite spot in the left column. David enjoyed listening to Christian songs, old Haitian konpa, and soft rock; and indeed was a very talented dancer. He enjoyed watching soccer and hanging out with friends and family when he could.