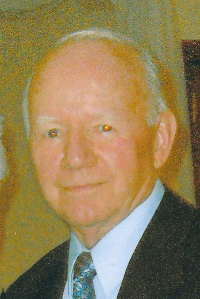 Harold T. Manson, 94, of Hanson, formerly of East Bridgewater and Whitman, passed away on Monday June 22nd after a brief illness. He was the beloved husband of 67 years to Helen (Lundin) Manson.

He was born in Brockton, grew up in Whitman, son of the late Hans and Tilda (Anderson) Manson and was a Whitman High School graduate.

Harold served in the United States Coast Guard, during World War II, from 1943-1946. He worked as a delivery driver for Churchill Linen’s for many years.

He enjoyed traveling to Sweden and winters in Florida, also reading, golf and cribbage.

He is survived by his wife Helen (Lundin) Manson of Hanson, several nieces and nephews. He was also the brother of the late Russell A. Manson.

His services will be held on Saturday June 27th from 9:30-10:30AM in the Blanchard Funeral Chapel, Plymouth St. (Rte. 58@the rotary circle) Whitman. His funeral service will be private. Burial will be in the Central Cemetery, East Bridgewater.

Donations may be made in his name to the Alzheimer’s Assoc., American Kidney Assoc. or American Heart Assoc.