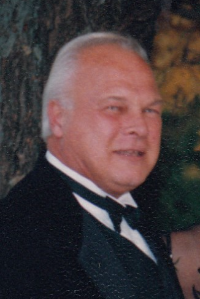 He leaves his wife of 53 years, Geraldine M. (Lee) Drobot; a son, Jason P. Drobot of Boynton Beach, FL; a daughter, Jill A. Drobot-Whitley and her husband Stephen of Woodstock, CT; 3 grandchildren, Charlotte Drobot, and Alexander and Arden Whitley; nephews and nieces. He was preceded in death by his brothers Francis and John.

He was born in Webster, MA on February 4, 1943, the son of Frank J. and Mae (Stapor) Drobot and graduated from Bartlett High School in 1961 and was later awarded an Associate Degree from Worcester State College. He moved to Thompson in 1973.

He served in the Army National Guard for 6 years.

Mr. Drobot first worked as a purchasing agent at CPC Company in Southbridge and also at R.H. White Construction Company in Auburn. He then was an auto salesman at Bayer Motors in Dudley and at Herb Chambers in Auburn. In his retirement he drove for King Courier in Webster for several years.

Mr. Drobot was a dedicated fan of the Boston Red Sox and the New England Patriots.

According to his wishes, no services are planned. Donations in his name may be made to Saint Jude Children’s Research Hospital, 202 Danny Thomas Place, Memphis, TN 38105. Arrangements are under the direction of Sitkowski, Malboeuf & Hickey Funeral Home, 340 School Street, Webster, MA.