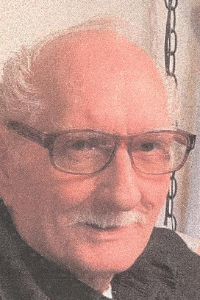 Joseph V. Incatasciato, of Stoneham, formerly of Somerville, passed away on June 19. He was 82 years old. Joseph was the beloved husband of Karyn C. (Vacheresse) Incatasciato. Born in Winthrop, he was the son of the late Mario and Laura I. (D’Areno) Incatasciato.

Joseph was a U.S. Army Veteran, serving from 1961-63. He was a member of the Stoneham American Legion Post #115 and the American Racing Pigeon Union. Prior to his retirement, Joseph worked as a Machinist.

Funeral Service and burial are private.

In lieu of flowers, contributions in his memory can be made to the Winchester Hospital Breast Care Center 200 Unicorn Park Dr. Woburn, MA. 01801.