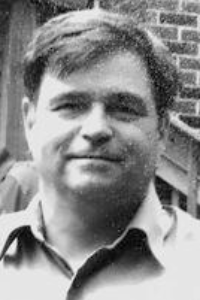 GILFORD — Ronald David Dulac of Gilford, died on Saturday, June 6. The son of the late Richard J. Dulac Sr. and Violet Daoust Dulac of Laconia and Meredith, NH, he was born in Laconia on December 27, 1955.

He was a 1974 graduate of Laconia High School where he played on the football team. He attended the University of New Hampshire. As a young man he worked as a lifeguard at Ellacoya State Park and later held positions in the construction and hospitality industries. He enjoyed spending time outdoors: skiing in the NH mountains, biking throughout New England and ocean kayaking at Wells Beach, Maine.

He is the brother of Joanne Reynolds of Meredith, NH, Richard J. Dulac Jr. of Bristol, Rhode Island and the late Betty Dulac of Worcester, Massachusetts. He is survived by his nephew, Eric Taylor of McMinnville, Tennessee; nieces Caitlin Dulac of Gilford, NH and Britta Winter of Sebastopol, California; great-nephews Haukur and Oskar Karlsson, and Mazlo Winter; and a great-niece, Olive Winter.

He will be lovingly remembered by his family at a private graveside ceremony.

Wilkinson-Beane-Simoneau-Paquette Funeral Home & Cremation Services, 164 Pleasant Street, Laconia, is assisting the family with the arrangements. For more information and to view an online memorial go to wilkinsonbeane.com.