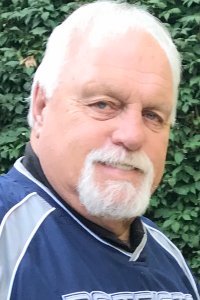 Paul Eastwood, 72, of Franklin, MA passed away following an illness on Monday, June 8th at Norwood Hospital. Born in Boston on September 15, 1947 he was the son of the late Harry and Elizabeth (Biagi) Eastwood.

As a young man Paul proudly served his country as a Sargeant in the Marine Corps for several years during which time he served three tours in Viet Nam. He then continued his military career as a Sargeant First Class in the United States Army from which he retired after 21 years of service. At one point during his career in the Army he was stationed at Fort Ord in California and he was awarded the Soldier’s Medal for heroism for saving a young man from drowning in the Pacific Ocean. This medal is awarded for an act of heroism not involving conflict with the enemy.

Following his military retirement Paul secured a position with Amtrak, first as a conductor riding the rails but eventually working his way up to Superintendent of the Amtrak Downeaster line serving Maine to Boston for many years until retiring at age 64.

Paul was a kind soul who was always ready to offer assistance to his loved ones and anyone else who needed him. He loved being with his family and was a constant in the lives of his daughter Heidi and his granddaughter Tessa. He especially enjoyed the summer months, sitting by the pool with family and friends and cooking on the grill. He loved getting together with his brothers and their families, playing cards and telling stories about the past. He also loved his trips to the casinos in the area. He had a subtle sense of humor and almost daily would catch a family member by looking in the mirror and saying “I can’t wait until tomorrow”…. “Why?” …“Because I get better looking every day!”

Paul was predeceased by his sister Joanne Paquette and his beloved son Timothy Paul Eastwood who died in 2015.

Relatives and friends are invited to attend his funeral Monday June 15th at 9:15AM from the Charles F. Oteri and Son Franklin Funeral Home 33 Cottage St. followed by a service with military honors at the Massachusetts National Cemetery, Bourne at 11:30AM.

Calling hours with Covid-19 guidelines, including face coverings & social distancing will be held on Sunday from 1-4PM at the funeral home.

In lieu of flowers, donations in Paul’s memory may be sent to:
Wounded Warrior Project
PO Box 758517
Topeka, KS 66675