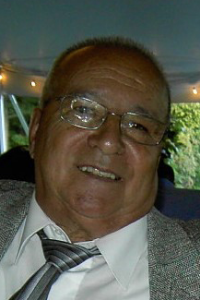 Agrippino P. Schena
…formerly of Tewksbury; 90
Greenville, RI - Agrippino “Arthur” Paul Schena, 90, the father of six, a former Tewksbury resident and Korean War Era Veteran, died peacefully Saturday, June 6, at HopeHealth Hulitar Hospice Center in Providence, R.I. Arthur had been in residence in Rhode Island for the last seven years and most recently was at Greenville Skilled Nursing Center in Smithfield, Rhode Island.
Arthur was born in East Boston, one of four children of the late Michael and Vincenza (Bellino) Schena, and raised in Eastie and lived with his young family in Chelsea. He enlisted into the U.S. Air Force during the Korean War, and was honorably discharged as a Staff Sergeant. He went to work for the General Services Administration at Boston’s Federal Supply Division, and retired in 1985 after thirty years of service as Chief Customer Service Manager. He lived in Tewksbury from 1969 until retiring to Rhode Island in 2013. During his years in Tewksbury, he coached Women’s Soccer (Schena A.C.) in the EMWSL League for 27 years.
He is survived by his children, Deborah Leighton and her husband Peter of Chesapeake, VA, James Schena and his wife Karen (Leighton) Schena of Cape May, NJ, Patrice Salani and her husband Arthur of Tewksbury, Michael Schena and his wife Yvonne (Caneul) of Danville, NH, Pauline Rasmussen and her husband Steve of Brookfield, MO, Craig Schena and his wife Diana (DiMente) of Coventry, RI; eight grandchildren, Peter Leighton Jr. and his wife Jennifer of VA, Kristian Schena of NJ, Katherine Down and her husband Michael of NJ, Anthony Salani of Tewksbury, Jesse Rasmussen of MO, Christina Schena, Nicole Schena and Michael Schena all of RI; three great grandchildren, Michael, Reagan, and Colin of NJ; many nieces and nephews; and was predeceased by his siblings, Gerald (Gerry) Schena, Lena (Schena) Lecce, and Lucy Schena.
With strict adherence to Covid-19 health precautions and social distancing rules, relatives and friends will be received Thursday, June 11, from 10:00 a.m. until 11:00 a.m. in the Tewksbury Funeral Home, corner of 1 Dewey and 975 Main Sts. (Rte. 38) TEWKSBURY CENTER, Ph. (800 in MA or 978) 851 2950., followed by a Funeral Mass at 11:30 a.m. in St. William’s Church, 1351 Main St. (Rte. 38) Tewksbury. Burial with Air Force Honors will be in St. Mary Cemetery, No. Tewksbury. In lieu of flowers, memorials to the Alzheimer’s Association of MA, 309 Waverly Oaks Road, Waltham, MA 02452 or www.alz.org will be appreciated. For e-condolences, visit www.legacy.com visit: tewksburyfuneralhome.com