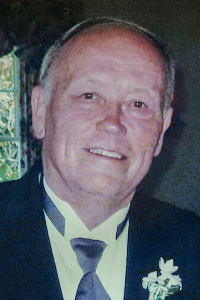 James T. “Jim” Lawson 77, of Cumberland, passed away peacefully, in his home, Monday June 1, 2020, following a brief illness. He was the beloved husband of Donna S. (Smith) Lawson, with whom he shared 47 years of marriage.

Born October 5, 1942, in Pawtucket, Rhode Island, a son of the late James and Catherine (McCarthy) Lawson, he was a resident of Cumberland since 1972.

He was raised in Lincoln, RI, graduated  from Central Falls High School, and attended Bryant College. Jim worked as an estimator in the commercial construction industry.

Jim was passionate about his family, music and sports. He attended his children’s sporting events while they were growing up and was known to listen to Led Zeppelin, Pink Floyd, and U2. Summers on Cape Cod with his family and grandchildren brought him great joy.

In addition to his wife, he is survived by his children, Carrie D. Lawson of Cumberland, RI, and Kaitlin C. Schwartz and her husband Zachary of Virginia and his sisters, MaryAnn Blais of Seekonk,MA & Catherine Conaty of Ohio.

Jim was the father of the late Gregory J. Lawson.

Please be advised that face coverings are required at the funeral home and cemetery.

Donations can be made to the Juvenile Diabetes Foundation.