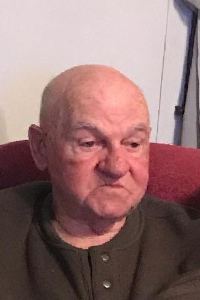 Porter - David F. McCubrey Sr., 82, of Porter died at his home peacefully on May 31, 2020. He was born in South Portland on November 26, 1937, a son of Robert and Charlotte McCubrey. He grew up on Kelsey Street in South Portland and attended local schools.

David worked at W.H. Nichols in Portland and at Keddy's in Westbrook, but he worked as a logger and woodsman for the majority of his life. He worked for Dwight Mills, Everett Libby, Willis Eastman, Butch Sanborn, N.E.F.F., Harold Cook, and was also associated with R.C. McLucas Trucking.

David's passion was hunting and fishing with his kids, grandchildren and close friends. He loved to tell stories, especially about hunting, and enjoyed tending his vegetable gardens. Above all he loved spending as much time with family as possible. He was a loving husband, father, grandfather and friend to many.

Besides his parents, he is predeceased by his beloved wife Sandra McCubrey and 5 brothers: Richard, Donald, George, Phillip and Robert, as well as 1 sister, Barbara Warberg.

His services will be private. Arrangements are respectfully handled by Poitras, Neal and York Funeral Home. Online condolences may be expressed at: www.mainefuneral.com