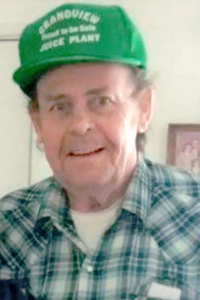 Alfred Roy Mitchell, age 75 of Grandview, Washington, entered into rest on May 21, 2020 at home with his children and grandchildren.
He was born in Twin Falls, Idaho to Earl and Reva Mitchell on September 17th, 1944. They later moved to Washington and he was raised in Wapato, where he met the love of his life and future wife. Alfred and Gayle Tibbetts married in October 1964 and made their home in Grandview. Alfred retired from Safeway Production plant in Grandview.
Alfred was a hunter and enjoyed fishing. His happiest times were spent with his family during holidays and get-togethers. He was a crafter in woodwork, sewing and beads. He enjoyed participation in local bazaars.
Alfred is survived by his daughters Ellen (Terry) McCombs, Ella (Don) Lusch and Kandi (David) Jaramillo, His mother-in-law Hattie Tibbetts, eight grandchildren and two great grandchildren. He was preceded in death by his wife Gayle, father Earl, mother Reva and brothers, Earl and Michael and a grandson Michael Lusch.
Family will have a celebration of life at later time. You may leave a message for the family at www.Prosserfuneralhome.com