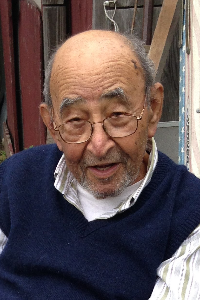 It is with great sadness that we announce the passing of Triantafylos G. Xypteras on May 19th, 2020. The Xypteras family patriarch succumbed to the COVID-19 virus following a brave twenty two day battle against this invisible enemy. He was 88 years old.

By all accounts, “Tony” as he was known, led an interesting life. As a young teenager he was forced to flee into the mountains of his home on the Greek island of Lesvos ahead of the advancing World War II axis powers. While in exile there, he helped the Greek Resistance as they waged a guerilla campaign until the end of the war.

Following the end of the hostilities, the youngest of four sailed for America and made his way to the Boston area where, with the help of extended family and the local Greek community, began his new life. It was here that he met and married the love of his life, the late Lydia (Stavrou) Xypteras.

In the early 1970’s he founded Tony and Sons Landscaping Company of Brookline and Newton, Massachusetts which he owned and operated for the next twenty five years. Upon retirement he moved full time to Hull where he continued his love of gardening, spending time with his growing brood of grandchildren, and most importantly loving and worshipping the Lord. His passing has left a deep void in those he loved and in turn loved him. He will be sorely missed.

Our dear Tony was pre-deceased by his loving wife Lydia, his son William T. Xypteras, his oldest grandchild T.J. Pekkanen, and his son in law David Pekkanen.

He leaves behind his oldest son George T. Xypteras and his daughter Jennie (Xypteras) Pekkanen.

Funeral arrangements for Tony are in the care of C. C. Shepherd Funeral Home and were private due to the current viral crisis. The family asks that if possible to help someone suffering from the devastating effects of COVID-19.