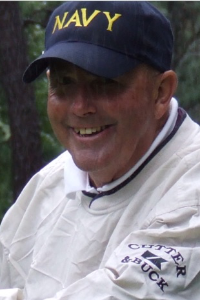 Dennis E. Callaghan 74, of South Dennis, died peacefully, Saturday May 23, 2020 at Beth Israel Deaconess Hospital in Plymouth, following an illness. He was the beloved husband of Karen M. (Altobello) Callaghan, with whom he shared 46 years of marriage.

Born June 20, 1945 in Brookline, a son of the late Hugh P. and Virginia N. (Wheeler) Callaghan. He was a former longtime resident of Franklin until moving to the Cape 10 years ago.
He was raised and educated in Hyde Park and worked as a plumber for the Massachusetts Water Resource Authority.

Dennis was passionate about three things, his family, his friends and golf. He treasured spending time with his family and being with his friends in a restaurant or on the golf course. Dennis was a softball coach for Amy & Robin and President of the Cheerleader’s Booster Club, which raised funds for the Franklin High School competition traveling team. He was also a member of the Cape Cod’s Men’s Club. Dennis, along with his wife was the force behind creating the Amy B. Callaghan High School Scholarship, given annually in his daughter, Amy’s memory to a deserving senior, who exemplifies Amy’s values.

In addition to his wife, he is survived by his children, Lisa A. Sibila of Davie, Florida, Brian P. Callaghan and his wife Lauren of Franklin and Robin M. Callaghan-Kamens and her husband Christopher of South Yarmouth, his siblings, Daniel Callaghan of the Villages, Florida, Hugh Callaghan of Raynham, John Callaghan of Wakefield, Rhode Island.

Also surviving are his cherished grandchildren, AnaVeronica Sibila, Angelina Sibila, Jack Callaghan, Charlie Callaghan, Christopher Peters, Matthew Peters and Georgia Amy Kamens.
He was the father of the late Amy B. Callaghan, and brother of the late Stephen Callaghan and Kathy Balch. In addition, Dennis is survived by many loving nieces, nephews and friends.

In lieu of flowers, donations can be made to St Jude Hospital