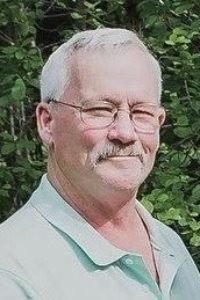 Dennis R. Hickey, 64, of Whitman, Massachusetts died on May 22, 2020 at South Shore Hospital after fighting a long battle with a severe illness and surrounded by family.

Born in Weymouth, Massachusetts in 1956, Den is the 2nd of 4 children of the late Joan (Tooher) and Edward Hickey.

He was a graduate of Hingham High School and eventually spent nearly 30 years in the elevator business. He retired and later became an Elevator Inspector for the Commonwealth of Massachusetts.

Den volunteered countless hours coaching hockey for all three of his sons. Den served as president of the Whitman-Hanson Hockey Boosters from 2005 to 2007. Den enjoyed camping and fishing on his boat with his family and friends and “moose hunting” in New Hampshire. Den is an avid lover of the Green Bay Packers and Boston Bruins.

Den leaves behind his beloved wife Michelle (Wagner) Hickey of 34 years, son Sean and his wife Jenna Hickey with their four children Anna, Liam, Bradan, and Isla; son Ryan and his wife Kim Hickey and their goldendoodle Beau; son Patrick Hickey and girlfriend Christine Perrault and his faithful companion dog Hunter. Den also leaves behind his brothers Mike, William and Mark Hickey along with his nieces and nephews.

There will be a private graveside burial in the St. James Cemetery in Whitman, MA.

In lieu of flowers, donations can be made in Dennis’ name to Dana-Farber Cancer Institute, 10 Brookline Place West/Floor 6, Brookline, MA 02445.