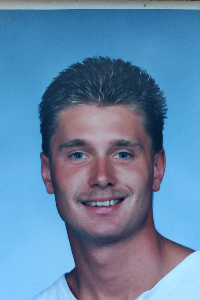 Porter - Walter J. Beleckis, 49, of Porter died on May 8, 2020 at his home after a long battle with health issues. He was born in Portland on September 30, 1970 the son of Arnold and Stella (Long) Beleckis. He attended local schools and was a 1988 graduate of Sacopee Valley High School. He was very active as a young man including being part of the soccer team for Sacopee Valley. The team won the State Championship his Senior year. He also became an eagle Scout, which is such a high honor..

He worked construction for the Cianbro Corp. as a welder for many years. He enjoyed many outdoor activities including hunting. He went on several moose hunts, which were always a success. He also used to deep sea fish, and ice fish, especially, and go boating and water skiing on Stanley Pond where he grew up. Everyone who knew him, knew what a HUGE fan he was of the New England Patriots. Walter will be sadly missed by his family and his many friends.

A celebration of his life will be held later in the summer when gatherings are appropriate. Arrangements are by Poitras, Neal and York Funeral Home. Online condolences may be expressed at: www.mainefuneral.com

Donations in his name may be made to the Sacopee Rescue, PO Box 367, Parsonsfield, ME 04047