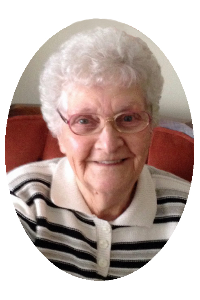 Agnes E. (Millay) (Spadea) Prendergast, age 89, of Brockton, died May 9, 2020 at Signature Healthcare-Brockton Hospital. Agnes was the loving wife of the late Augustine Spadea and James Prendergast. Born, raised and educated in Brockton, she was the daughter of the late Charles and Alice (Morrill) Millay. For many years she worked in the women’s garment industry at Gay-Lynn Sportswear and Vanessa Sportswear. In the mid 1960’s, she opened Millé Fashions, a women’s clothing boutique with her sister Mildred. She was a member of ILGWU and was a volunteer for the Brockton Council of Aging for many years.

Agnes will be remembered as someone who had a kind heart and took care of others. She cared for her father-in-law for 25 years and also cared for family and friends in times of sickness. She enjoyed walking with her grandchildren looking for pennies, attending Bingo, playing the slots at Foxwoods, and listening to band concerts at Nantasket Beach. Watching the boats while eating fried clams at Isaac’s, dining at Tommy Doyle’s at Sidelines, and watching the Red Sox and Celtics were also favorite pastimes. Most recently, Agnes resided at Connemara Assisted Living and enjoyed participating in all the activities. She had a good sense of humor and had a way to make people laugh.

Private family services will be held at Calvary Cemetery. Donations in her name may be made to the charity of your choice.