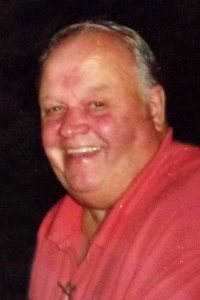 Nate grew up in Moultonborough, N.H. and had especially fond memories of time spent with his Grandfather and namesake Nathan Stacy on the Bemis Farm in Tamworth N.H. He also enjoyed many summers with friends spent on the Lake in Greene’s Basin. Nate attended Kingswood Regional High School in Wolfeboro, N.H. where he enjoyed playing football as a Kingswood Knight, graduating in 1967. He served 6 years in the U.S. Army / National Guard and was a proud member of the Winnipesaukee Lodge No.75 in Alton, N.H.

Nate was a dedicated worker all of his life. His wit, charm and outgoing personality opened new doors for him while working as a Mechanic at Roland Caron’s Garage in Farmington N.H. One of his customers took a liking to him and offered him a sales position at Circus Time Inc. of Maine, selling Circus Time Potato Chips and Rogers Pickled Goods. In 1977, he accepted a sales position at New Hampshire Distributors in Concord N.H. selling Anheuser Busch products. For 38 years he was loyal to the AB brand and epitomized the company motto “Making Friends is Our Business”. One of his proudest moments was being called upon to drive a Clydesdale Tractor Trailer in the parade down Lakeside Avenue at the Weirs celebrating Laconia’s 100th Anniversary. He retired as a sales team leader in 2015. Missing the daily routine, he agreed to sell boats for friends at Paugus Bay Marina in Laconia, N.H. until finding what he termed as the “ultimate retirement job” driving the pricing truck for Rymes Propane & Oil in Concord, N.H. with a route spanning throughout the Lakes Region.

Nate enjoyed taking long drives which inevitably included a trip to a car dealership to check out the inventory and see if there was a new model he couldn’t live without. He loved spending summers at the family camp on Lake Winnipesaukee swimming, boating, riding the Seadoo, visiting or just relaxing with an afternoon nap in the screen porch. He never missed a New England Patriots game and attended many Celtics Games at the Boston Garden with a group of friends from Farmington. He enjoyed Red Sox games, making the trip to Fenway several times. Nate’s interest in car racing began with supporting his cousin Brad Leighton during his early racing career at Beech Ridge Motor Speedway where at one time, Nate’s name was blazoned on the side of his race car. Nate enjoyed the local NASCAR races in Loudon N.H. and his annual trips to the Daytona 500 with friends from NHD.

Nate’s infectious smile and talent for telling (or spinning) a good story was unmatched. He could fill a room with his laughter. He loved spending time with his family and friends. For those lucky enough to have heard his rendition of his favorite song The Battle of New Orleans, we won’t soon forget.

In addition to his parents, Nate was predeceased by his first wife and the mother of his children, June B. Hazeltine.

A celebration of Nate’s life will be held when we are free to gather again. For those who wish, a memorial gift can be made in Nate’s name to the Lakes Region Scholarship Foundation P.O. Box 7312 Gilford, N.H. 03247.

Wilkinson-Beane-Simoneau-Paquette Funeral Home & Cremation Services, 164 Pleasant Street is assisting the family with the arrangements. For more information and to view an online memorial go to www.wilkinsonbeane.com.