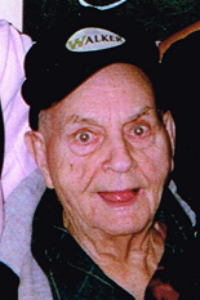 Limerick - James C. Gochie, 91, of Limerick died on April 23, 2020 at Gosnell Memorial Hospice House in Scarborough. He was born October 16, 1928 in Scarborough the son of the late James J. and Doris (Applebee) Gochie. He grew up in Scarborough and attended schools there, later moving to Limerick and marrying his sweetheart, Esther P. Chadbourne.

James was a machinist at several locations for many years, retiring in 1991. He continued to work for S.A. McLean for several more years.

He was a 56 year member of the I.O.O.F. holding several positions, a member of the Limerick Congregational Church, and also worked with the Boy Scout Troop in Limerick for several years. In his later years he enjoyed fixing small engines, even though his eyesight was failing.

Besides his parents and his loving wife Esther, he was predeceased by and infant son, a brother, and 3 sisters. Surviving are 2 sons, James D. Gochie and wife Becky, and Michael S. Gochie. A daughter, Joyce Mains and husband Donny. Also two sisters, a brother-in-law, several grandchildren, and several nieces and nephews.

A celebration of his life will be held during church services at a later date with the offering collection in his name for the benefit of the Limerick Congregational Church. A luncheon will follow in the Vestry. Burial will be private in the Highland Cemetery Annex. Arrangements are by Poitras, Neal and York Funeral Home. Online condolences may be expressed at: www.mainefuneral.com