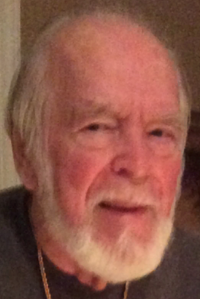 Sanbornton - Richard Lars Jorgensen, 88, passed away peacefully in his home on April 16, 2020 with his wife, Sandra by his side.

Richard was born on November 5, 1931 in Minneapolis, Minnesota, the son of Lars Peter and Helen Bisher Jorgensen.

Richard’s family moved to New Hampshire when he was just 6 years old but he still always maintained that easy going, gentle Mid-Western personality. He graduated from Laconia High School in 1948. After marrying and starting a family, he became a member of the Army National Guard in 1955 until 1968, retiring with the rank of Captain. During that time, he proudly served on active duty in Korea as a Sergeant First Class.

Through the GI Bill, he apprenticed as a machinist and die maker at Davis Tool in Laconia. He later worked at Vernitron for 18 years, becoming Manager of Engineering. In 1986, at the age of 55, he started Jorgensen Tool & Stamping, Inc. He and Sandra (Wrath) were married in 1987 and together they worked to make a successful company with so many loyal and talented employees.

Richard loved and appreciated the beauty of living in the Lakes Region, climbing her mountains and hiking in the winter and sailing on Lake Winnipesaukee as much as he could.

The family is so grateful to Dr. M Jonathan Mishcon, Kathy and Karen whose support helped make it possible for Richard to remain in his home during his long illness. Also thank you to the Peabody Home for the wonderful care they gave him during his several short stays there. A special thank you also to Chip Gailey, LNA who became very special to Richard, staying with him when needed. We appreciate as well; the kindness of the Sanbornton Police Lieutenant on the day of Richard’s passing.

Richard will be interred at the Veterans Cemetery in Boscowan at a later date.

For those who wish, a memorial gift can be made in Richard’s name to the Laconia Humane Society, PO Box 572, Laconia, NH 03247.

Wilkinson-Beane-Simoneau-Paquette Funeral Home and Cremation Services, 164 Pleasant St Laconia is assisting the family with the arrangements.