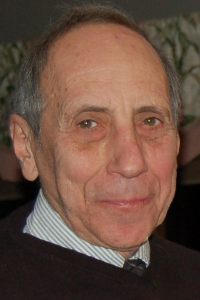 Vincent J. “Vinnie” Bottoni, 87, of Smithfield Road, North Providence. He passed away on Tuesday, April 14th in Roger Williams Medical Center, Providence. He was the beloved husband of Doris A. (DeLalla) Bottoni. They had been married for 57 years.

Born in Providence, a son of the late Vincent and Rose (Olivieri) Bottoni. He had lived in North Providence previously living in Johnston. He was an US Army veteran. Vinnie had been an accountant with Blue Cross Blue Shield for 35 years retiring in 2003.

Vinnie enjoyed gardening and spending time with his grandchildren.

Besides his wife, he leaves his children, Donna Corcoran and her husband Brian of Cranston, Ronald Bottoni and his wife Kristen of North Providence. He was the grandfather of Brianna and Alexandra Corcoran and Samantha and Joseph Bottoni. He was the brother of the late Marie DelDeo and Angelo Bottoni.

His funeral and burial were private. A celebration of his life will be held at a later date. In lieu of flowers, donations in his memory may be made to the RI Alzheimer’s Association, 245 Waterman Avenue, Suite 306, Providence, RI 02906.