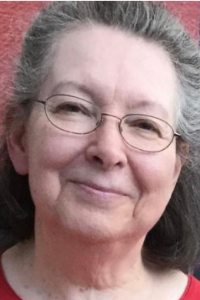 NEW BEDFORD — Diana (Shiphorst) Ukleja, 73, passed peacefully and in comfort Tuesday, March 31, 2020. She was receiving hospice service for pancreatic cancer at home in New Bedford, in the care of her husband Paul and son Niklos. She was a beloved sister-in-law to Christine Knezevic (IL), Michele Ukleja (CO) and Matthew Ukleja (VA) and aunt to six nephews and nieces.

Diana grew up in Waldwick, NJ and went to New College, Sarasota, FL, getting a B.A. in Linguistics in 1967. She attended the University of Chicago and spent three years Teaching in the Peace Corps in Malta. In 1976, she earned an MS in Library Science at Kent State university and worked as a librarian at PPG industries in Ohio, Boston University, Brown University, and OCLC in Columbus, OH. In 1996, she earned an MS in Computer Science at UMass Dartmouth and worked as a Systems Engineer at Raytheon until her retirement in 2011.

Diana loved reading and needlework, crossword puzzles, and computer games. She was active as a docent at the Whaling Museum in New Bedford, in the League of Women Voters in the 80s, and more recently as a member of the Society of Women Engineers. She was active in the Episcopal Church most of her life, ending up with Grace Episcopal Church in New Bedford, where she was on the vestry, several committees, the altar guild, bible study, the Society of St. Margaret, and “Laundry Love”, which expedited laundry for homeless in New Bedford.