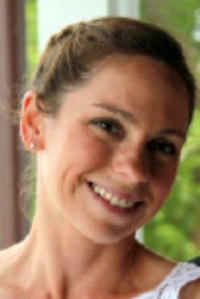 PORTLAND- Suzanne St.Onge Smith passed away Monday, March 30th, 2020 in Portland, Maine due to complications from a long struggle with an Autoimmune Disease. She was 38.

Suzanne was born November 15, 1981 in Goshen, New York to Mary St.Onge and Peter Garrison, the middle of three sisters. She attended SUNY Binghamton and the University of Cape Town, South Africa as an undergrad and received a BS/MA in Forensic Psychology from John Jay College of Criminal Justice in New York City. On December 24, 2009 she married the love of her life, Alexander Neely Smith in a Christmas Eve wedding.

Suzanne was a beautiful soul, a champion of social justice and an extreme giver. If she came across any creature, great or small, human or animal, that needed something she did not rest until she had helped in any way she could. Unless you were a dog, in which case she would adopt you. In her too short time on this earth she was a renaissance woman - a Psychologist for the State of New York, an advocate for the mentally ill, a Professor of Psychology in New York and later North Carolina, a Sustainable Farmer, a lifelong explorer and learner who climbed Kilimanjaro and dove with sharks, and a professional Equestrian who specialized in show jumping and later endurance riding - often many of these things at one time.

Suzanne was a beloved daughter, wife, sister, niece, aunt, cousin, teacher and friend and the lives she touched will be forever better for it. She is survived by her parents, Mary St. Onge and Peter Garrison, her husband, Alexander Neely Smith, her two sisters and their spouses; Sarah Grace Sumner and husband Travis and Grace Elizabeth Garrison and her husband Matthew Coogan, her mother-in-law Louise Smith, sisters-in-law and spouses; Melissa Louise Shaw and David, Lainie Elizabeth Conway and Cory, her aunts and uncles; William and Jane St.Onge, Constance and (the late) David Post, Suzanne and Anne St.Onge, beloved cousins William St.Onge, John and Andrew Post and Caroline McLaughlin, and nieces and nephews; Benjamin, Maaike and Lexi Shaw, Lila and Piper Sumner, Charles and Georgina Coogan, Trey, Jayden and Aly Conway and Peter, Molly and Benjamin McLaughlin.

A memorial will be planned for this summer in Connecticut. In lieu of flowers, contributions may be made to Windrush farm, a therapeutic riding facility in North Andover, MA where Suzanne donated her beloved mustang pony “Wellby”. https://www.windrushfarm.org/suzanne-smith


Arrangements have been entrusted to Chad E. Poitras Cremation and Funeral Service, www.mainefuneral.com