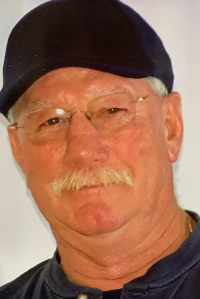 SEBAGO- On Thursday, March 26, 2020, Craig Irish, loving husband and father of two children and two stepchildren passed away at age 62.
Craig was born on June 24, 1957 in Bridgton, Me to Charles Irish and Marianne (Burnell) Small. Craig grew up in Sebago and went to and graduated from Lake Region High School in 1975. He worked for American Steel for the last 35 years.
On Feb 14. 1994, he married Gail Foley. Together they raised two children and two stepchildren, sons Travis and Eddie and two daughters, Monica and Angie.
Craig had a passion for life and had many loves as well. He loved his wife, Gail and dearly loved his children and grandchildren, his love of animals, especially dogs. Famously opinionated he was more than happy to tell it like it was. Craig enjoyed Harley Davidsons and the feeling of flying on a ride just anywhere almost as much as his recliner.
Craig was a connoisseur of good homemade pies and simple family meals together. He always told the truth even if it wasn't what you wanted to hear. He was generous to a fault, a real pussycat at heart, and yet he sugar-coated absolutely nothing. To quote Winston Churchill: "he was a riddle wrapped in a mystery inside an enigma."
Craig was best known for his quick wit, always remembered as the class clown keeping all around him in stitches, especially playing cards with family on Sunday, his infectious smile, and his kind and compassionate spirit. Craig's fondness for older movies was only surpassed by his love of bacon, good whiskey, and ice cream. He fondly reminisced about good friends, good drinks, and growing up in Sebago.
Craig was preceded in death by his father, Charles. He is survived by his wife Gail, his four children, Travis, Monica, Angie, and Eddie, his mother Marianne Small, his brothers Kevin, Chuck, Kerry, Hank, Jay and Clyde. And sisters Cathi, Kelli, Kristen Pam, Brenda and Valerie. And many cousins, nieces, and a nephew.
A private celebration of life will be held at a later date.
Online condolence messages can be submitted at the Poitras, Neal & York Funeral Home website, www.mainefuneral.com