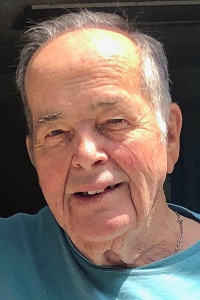 Raymond C. Russell, 81, of Alfred, Maine and formerly of Bellingham, MA passed away on March 12, 2020 after a brief illness surrounded by his loving family. Raymond was born on December 18, 1938 to the late Harold E. and Marion E. (Baird) Russell in Winchendon, MA. He was the beloved husband to Darlene T. Russell predeceased June, 2013. They resided in Bellingham, MA for many years before relocating to Maine in 1999.

He was a U.S. Army veteran stationed in Kornwestheim, Germany returning home in 1962.
He was employed for over 30 years by General Motors Corporation, many of those as a general foreman and plant shift supervisor in Framingham, MA. Upon that plant closure in 1989, he traveled periodically to GM Plants in Missouri, Michigan and New York in the same role until his retirement in 1998. Throughout his retirement until recently, he worked for several transportation companies as a medical appointments driver both in MA and Maine.

Raymond was deeply devoted to his family, friends, and especially his wife Darlene of 35 years. They shared a love of their family and treasured every gathering to such. He also loved playing cards and doing crossword puzzles. As a hobby, he enjoyed wood working, carpentry and home renovation sharing and completing many of his projects with and for family and friends. He was an avid Red Sox and Patriots fan and enjoyed even more so attending the sporting events of his children and grandchildren. He had a tremendous sense of humor often predictable yet nevertheless cherished. He welcomed onto himself any stereotypical comparisons to the distinct Maine humor he displayed. Through the years, he enjoyed the love and especially the loyalty of his many dogs and was seldom without at least one of them by his side.

Raymond was a gentleman and a valuable friend to so many. He was deeply loved and will be sadly missed.

Services are in the care of Ginley Funeral Home, 131 Main Street / Franklin, MA. Services will be announced at a later date through the Ginley Funeral Home website. Please consider a donation of any kind to an animal shelter, kennel or humane society of your choosing in the name of Raymond C. Russell.