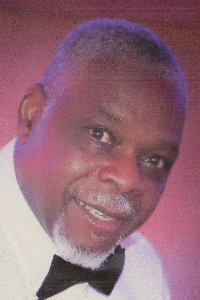 Joseph H. Walker, age 69, of Attleboro, formerly of Mansfield and Norton, passed away unexpectedly on Tuesday, March 24, 2020 at the Roper Hospital in Charleston, South Carolina. He was the beloved husband of Elaine (Gadsden) Walker, to whom he was wed for nearly fifty years.

Born in Antigua and Barbuda, West Indies on June 2, 1950, he was a loving son and one of twelve children of the late Robert and Maltina (Henry) Walker.

Joe spent his early childhood in the West Indies. At age seven, his family moved to England and at the age of fourteen to the United States and settled in New York.

A resident of Attleboro for the past twenty years, Mr. Walker previously resided in Mansfield and Norton and was the proud owner of Walker’s Painting Company in Attleboro.

Joseph’s family was the essence of his life. His hobbies included fishing, playing cards with friends and along with his wife Elaine, enjoyed traveling.

In addition to his wife, he is survived by his devoted children: Joseph Walker of Pennsylvania, Hakim Walker and his wife Leah of North Attleboro, Omari Walker and his wife Tina of Mansfield and Adanna Williams and her husband Christopher of Indiana. He is also survived by five siblings, his adoring twelve grandchildren, 1 great grandson, as well as many loving nieces and nephews.

A private funeral service will be held on Monday, March 30th at the Sherman & Jackson Funeral Home in Mansfield, followed by burial at the North Purchase Cemetery in Attleboro.

Visiting hours were omitted and those wishing may remember Joseph with a donation in his memory made to the Resiliency Foundation, 1690 Main St., Brockton, MA 02301.