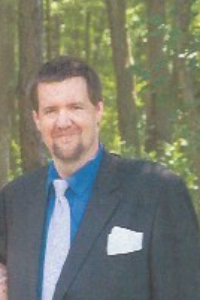 David P. Kenney 48, of Franklin, passed away Tuesday March 24, 2020 at Milford Regional Medical Center, following an illness. He was the beloved husband of Paula L. (Bibeault) Kenney, with whom he shared 23 years of marriage.

Born April 19, 1971, in Boston a son of Sandra M. (Porcella) Kenney of Franklin and the late Michael D. Kenney, he was a lifelong Franklin resident.

He was raised and educated in Franklin, and was a graduate of Franklin High School Class of 1989. David worked as a registered nurse in the Boston area.

David enjoyed spending time with his family and role-playing games.

In addition to his wife and mother, he is survived by his cherished twin daughters, Abigail & Megan Kenney of Franklin, and a sister Jennifer Balch-Kenney and her wife Nathlie.

He was the father of the late Kylie Kenney.

A private service with burial at St. Mary’s cemetery, Franklin will be held at a later date.

Donations in his memory may be sent to a charity of one’s choice.