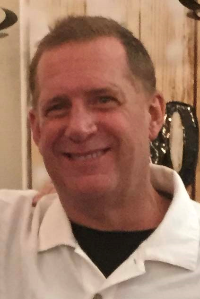 He was born on May 21, 1965 in Worcester, a child of the late Junice A. (Racicot) Marchand and grew up in Webster, moving to Canton after his marriage. He graduated from Bartlett High School in 1983 and earned his Bachelor’s Degree in Business Management from Bryant University in Rhode Island.

Mr. Marchand worked as an insurance salesman before retiring due to illness.

Mike enjoyed board games, country music, camping and being outdoors. He was an avid sports fan and cherished the time he spent with his family, including nieces and nephews. Mike could be spotted at all hours of the day walking through Canton with Elton John music in his ears and singing out loud. He had a bigger heart than he could handle and a paragon of kindness. His selflessness knew no bounds. He wanted to know everybody’s story and it was a privilege to be in his presence.

His calling hours and funeral will be delayed due to the current health crisis. Services will be announced when it is deemed safe to hold them. The family requests that memorial donations in his name be made to Parkinson’s Disease Foundation, 72 East Concord Street, Room C3, Boston, MA 02118. Arrangements are under the direction of the Sitkowski, Malboeuf & Hickey Funeral Home, 340 School Street, Webster.