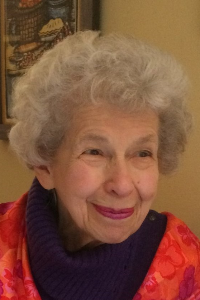 Helen Mary Rosin Isabelle passed away peacefully the evening of Monday, March 2, 2020 accompanied by her family.

Helen resided in Marlborough, but she was born and raised on a farm in Gardner, Massachusetts. A first-generation American, Helen was the daughter of Lithuanian immigrants. She and her twin sister Ann spoke little English when they started school, but quickly picked up the language and excelled in their studies. Helen was the beloved wife Gerard Isabelle of Fitchburg, Massachusetts, for 55 years until his passing in 2007.

She was admired for her intelligence, curiosity, stubbornness, and her triumph over several serious illnesses. Some of her favorite things were colorful scarves and flowers, red shoes and red wine, Detective Colombo, walking the Marginal Way in Ogunquit, and her four grandchildren. Helen famously guarded her privacy, but her faith was strong and, in her own way, she remembered nearly every kindness afforded her, great or small. Helen’s cards for seemingly every holiday, personal milestone, or simply a minor event, will be especially missed.

Helen is survived by her two children, Warren Isabelle and his wife Deborah, of Southborough, and Marianne and her husband Stephen Kruse, of Lexington, Massachusetts, and four grandchildren, Derek Birt and fiancée Abbey Curran, Jonathan Isabelle and fiancée Liz Abro, Chase Isabelle and wife Theresa, and Nicole Isabelle. She was predeceased by her brother John and her sisters Jennie and Ann.

Helen’s vibrant personality will be deeply missed. Contributions in her memory can be made to The Carroll Center for The Blind, 770 Centre Street, Newton, Massachusetts 02458; carroll.org/donate. A private memorial service will be held her honor.