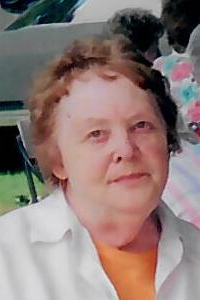 SPENCER: Jane E. (Donnelly) Saucier, 83, of Greenville Street died Thursday, February 20 in UMass Memorial Hospital, 55 Lake Avenue N. in Worcester after an illness.
Her husband Robert D. Saucier, Sr., died in 2009. She leaves a son Steven A. Saucier of Spencer, a brother James H. Donnelly, Jr. of Lebanon, CT and several nieces and nephews. She was predeceased by two sons Robert D. Saucier, Jr. and Gary Saucier, a brother Lloyd P. Donnelly and a sister Claire L. Berry.
Mrs. Saucier was born in Spencer, son of James H. Donnelly and Edna M. (Dwelly) Parker. She graduated from David Prouty High School. She worked at Optivac Inc. in North Brookfield for 11 years retiring in 1997. She was a member of the First Congregational Church of Spencer.
A funeral service will be held on Monday, February 24 at 11:00 AM in J. Henri Morin & Son Funeral Home, 23 Maple Terr., Spencer. Burial will be at a later date in Pine Grove Cemetery, Spencer. A calling hour will precede the funeral from 10:00-11:00 AM in the funeral home. In lieu of flowers memorial donations may be made to a charity of choice.