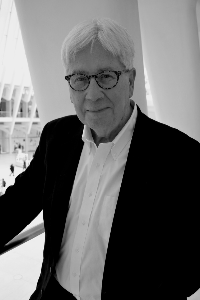 He was born to Robert Ronald Scott and Lillian Haws Scott on October 4, 1945 in Salt Lake City, Utah. He and his seven siblings were raised there, eventually settling in the East Millcreek neighborhood. Ron often remarked that he cultivated a sense of adventure from a young age. As the eldest of eight, he took to exploring the neighborhoods of Salt Lake City, frequently finding his way to the University of Utah library or the tabernacle at Temple Square. Such a keen love for learning and exploration carried with him throughout his life.

As a student, Ron was motivated and passionate. He graduated from Olympus High School in 1963 at the age of 17 and entered the University of Utah with the ambition of pursuing a medical degree. However, he quickly found a new passion: writing. He pursued a degree in journalism and, shortly thereafter, moved to New York City to work as a staff writer for Time, Sports Illustrated and Life Magazines. He later was a member of a small editorial team that founded People Magazine.

His career took him down many different paths, from journalism to advertising, to public relations, to corporate communications. Eventually, he found his way back to his true passion and began to write books. He published his first novel, Closing Circles, in 2012 and followed it with his second novel, The Mending, in 2019. During this time, he also wrote an independent biography on the 2012 Presidential Candidate Mitt Romney, Mitt Romney: An Inside Look at the Man and His Politics and contributed op-eds on Romney’s race to publications, including The Salt Lake Tribune and The Washington Times.

Ron was a man who devoted himself to family, friends, and his community. As a missionary in the New England Mission for the Church of Jesus Christ of Latter-day Saints, Ron served his community with devotion and compassion. He often observed that the mission was a transformative experience. It taught him to lead by example and show empathy to those around him. It also inspired his love for New England that would prompt him to make New York City, Connecticut, and Boston his home for the majority of his adult life.

Ron’s character was, in many ways, defined by his love for his church, innate desire to do good, and complex personal pathway toward faith. A man with many questions, he injected authenticity into difficult conversations and listened to others without judgement. Later in life, Ron was a dedicated and loving leader of a quorum of young men and member of the bishopric in a local congregation. He worked tirelessly to make those around him feel included, regardless of background or circumstance.

Above all else, Ron was a devoted and loving husband to Diana Lynn Scott, father to five children, grandfather to three children, brother to seven, and uncle to thirty-three nieces and nephews. As a husband, Ron was a true partner and soulmate. When talking about Diana, he remarked “she is sunshine.” To his children, Ron was their cheerleader and advocate, supporting them without condition or question.

Funeral services are scheduled for Tuesday, February 25 at 11 A.M. in the LDS Weston Ward meetinghouse (150 Brown Street, Weston, Massachusetts). Interment will follow in the Highland Cemetery (Dover, Massachusetts). Friends and family may visit with the family on Monday, February 24 from 5 to 8 P.M. at the George F. Doherty & Sons Funeral Home (477 Washington Street, Wellesley, Massachusetts). In lieu of flowers, the family encourages contributions to the Huntsman Cancer Institute at the University of Utah or another charity of choice.