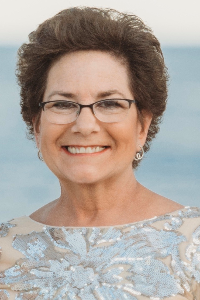 
Karen L. (Gonnella) Messuri, of Atkinson, NH, passed away peacefully at the Brigham and Women's Hospital in the company of her loving family. She was 63. Raised in Somerville she was the daughter of the late John and Helen (Taylor) Gonnella. A proud graduate of Somerville High School’s secretarial program, Karen enjoyed a long career with Commonwealth Gas and Electric. With her natural talent and hard work, she rose through the ranks from being a secretary, then cash manager and later as executive secretary to the chief financial officer. In the mean-time she studied nights at Bentley University, earning her Associate Degree. She retired from work to give her full attention to raising her two daughters. She was active in their lives and volunteered with the Girl Scouts as a Troup Leader and became the New Hampshire Chapter Treasurer. She was also an active member of the Atkinson PTA. She and her husband Dan were always in attendance at the girls’ sporting events both in high school and college. Once Danielle and Rachelle made their way into young adulthood, Karen returned to the working world as an office administrator in the high-tech industry. Even with all of her professional accomplishments, Karen will be most remembered as a loving wife, mother, sister and friend to many.

The beloved wife of Daniel Messuri, Karen was a loving mother to Danielle Driscoll and her husband Jeremy of Manchester, NH and Rachelle Violette and her husband Benjamin of Westbrook, ME. She was a proud and loving grandmother-to-be to baby Driscoll. The dear sister of Cheryl Russo, Sandra Gonnella-Gunther and the late Linda Limburg, she was also the dear daughter-in-law of Ann and the late Nicholas Messuri.

A Funeral Mass will be celebrated Saturday February 22nd in St. Catherine of Genoa Church, 179 Summer St., Somerville, at 11 AM. Relatives and friends are respectfully invited to attend.