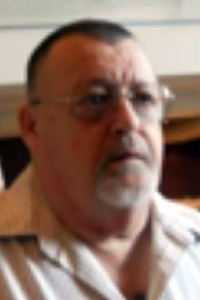 Ronald G. Choquette, 77, of Westport, passed away on Wednesday, February 12, 2020 at the West Roxbury VA Medical Center. He was the husband of Christine (Martin) Choquette.


Mr. Choquette was born in Fall River, son of the late George R. and Evelia (LaFlamme) Choquette and had resided in Westport for most of his life. He was a veteran of the U.S. Marine Corps serving during the Vietnam Era. Prior to his retirement, he worked as a truck driver for the Fall River News and Pearson's Express, Fall River. He was the State President of the Vietnam Veteran's Motorcycle Club Northeast. Mr. Choquette loved to spend time with his family.


He was the brother of the late Rose Marie Soares.