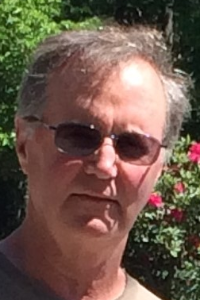 SPENCER: James R. Wright, 70, of Spencer, died peacefully at his home on Wednesday, Feb. 12.
He leaves his sisters; Barbara E. Dumais and her husband Raymond of Spencer and Marsha E. Williams and her husband Jon of Lucerne, Calif., a niece; Kya Williams of Calif., two nephews; Brentt Hoaglin of Calif. and Daniel Gagne and his wife Christina of New Milford, CT.
Born in Worcester, he was the son of Harry and Ruth (Wharton) Wright and graduated from Wachusett Reg. High School in 1969. He later served his country with the U.S. Navy on the USS Kitty Hawk as a parachute rigger during the Vietnam War. He was a member of the Snowbirds Snow Mobile Club in Spencer.
Jim was a truck driver for Quality Water Products in Barre for 18 years, retiring in 2018.
Graveside services with Military Honors were held in Hope Cemetery, Worcester. At his request, services were private. In lieu of flowers, contributions can be made to Spencer Fire Dept. Relief Fund, 11 W.Main St., Spencer, MA. 01562. J.HENRI MORIN & SON FUNERAL HOME, 23 Maple Terr., Spencer is directing arrangements.