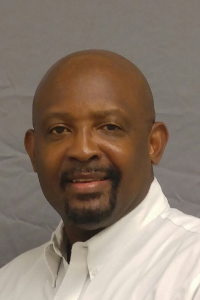 Harry E. Pitts, Jr. was born on May 21, 1961 to Versie Woodruff-Pitts and the late Harry E. Pitts, Sr. in Louisville, Kentucky. As a child, Harry attended Joshua Tabernacle Baptist Church, where he confessed a hope in Jesus Christ. Harry is a graduate of Louisville Central High School and went on to further his studies earning a Bachelor's from Strayer University. At the age of 21, Harry decided to dedicate his life in service to our country and joined the United States Air Force. In 2003, Harry retired with Meritorious Service from the United States Air Force. His time with the military gave him the opportunity to travel the world and learn much about the blessing of life. During that time, Harry met and fell in love with his true love, Lois Dupree-Pitts of North Carolina. Harry and Lois pledged their commitment to one another in marriage on August 20, 2010.
Some of his favorite things to do was traveling, cruising the seas with his wife, watching sports, (he was a die-hard University of Louisville fan), and he enjoyed nice cars. Anyone who knew anything about Harry knew about his great love for his wife, his mother, and family, especially his beloved sons, Dywane J. Pitts, Sr. and Jamal J. Pitts. After his retirement from the military, Harry continued to work as a General Manager in the Advance Electrical Systems (AES) Group for Cummins Power in Augusta, GA. Even amidst his commitment to working, Harry found time to travel back home to Louisville, KY to spend time with his grandchildren and family, vacationing with his wife, Lois, and he enjoyed hosting family gatherings in their family home in Augusta.
God chose to call Harry home to glory in the early morning hours of January 26, 2020 and did so suddenly and peacefully. While it has left an incredible physical void in the lives of his family, he will forever be etched in the hearts of everyone who knew and loved him. Harry was succeeded in death by his father, Harry E. Pitts, Sr. and leaves to mourn his absence, but celebrate his life, his loving wife, Lois Dupree-Pitts; his beloved mother, Versie L. Woodruff-Pitts; his sons, Dywane J. Pitts, Sr. (Jovan) and Jamal J. Pitts; his grandchildren, Dywane Pitts, Jr, Da’Niya Pitts, Daunte Brooks, Antonio Cheatham, his great-granddaughter, Royalle Cheatham; his sister, Vivian L. Pitts; his brothers, Anthony L. Pitts (Carolyn) and Corey E. Pitts (Alicia); his sister-in-law Brenda; two aunts, Martha Woodruff Moore and Ella Batts; a host of nieces, nephews, other relatives and friends.
Harry believed in the honor of a man being his most prized garment. As he was a man of honor who worked hard to share his love, he will truly be missed. However, we choose to remember that his absence from this earth makes him present with our Heavenly Father.
A celebration of Harry’s life and service will take place at 1:00 P.M. Saturday, February 15, 2020 in the Chapel of Platt’s Funeral Home Belair Road. The family will receive friends one hour prior to the service.
Harry was entombed in Louisville Memorial Gardens West in Louisville, Kentucky. Full military honors were rendered.
Harry enjoyed volunteering at Golden Harvest Food Bank so the family asks that in lieu of flowers, memorials may be directed there to help feed the hungry.