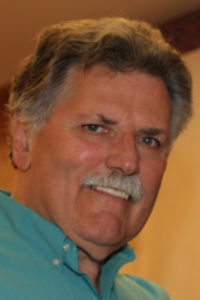 …W.R. Collins Hardwood Floor Co.; 65
NASHUA, NH – William R. Collins Jr., age 65, a well known area construction tradesman, died unexpectedly on Monday, February 10, at Southern N.H. Medical Center, from complications of the Flu and pneumonia.
“Bill” was born in Waltham, one of three children of the late William and Betty (Wuthrich) (Collins) Des Meules, and raised in the Waltham and Watertown area. He was a graduate of Watertown High School, and served in the U.S. Navy at the close of the Vietnam War. He raised his son in Waltham and Billerica, and had lived the last two years in Nashua.
Bill was known for his hard work ethic; and even found time after a grueling workday, to work out several days a week. He was an avid golfer, and a charter member of the Divot’s Tuesday evening golf league at Tewksbury Country Club. He also loved to fish local lakes and rivers, but his most cherished time were the moments spent with his son and his adored granddaughters, the “loves of his life,” Lydia and Chloe.
He leaves his son and his son’s wife William R. Collins III and Katelin (Hurley) and their daughters all of Tyngsborough, MA; a sister, Alice (Collins) Burke of Falmouth who was wife of the late David Burke; sister-in-law, Mary Collins, of Waltham the wife his brother, the late Fred Collins; his former wife Pamela (Porter) Collins of Nashua; and several beloved nieces and nephews.
Visiting hours Thursday, February 13, from 4:00 until 7:00 p.m. in the Tewksbury Funeral Home, corner of 1 Dewey and 975 Main Sts. (Rte. 38) TEWKSBURY CENTER, Ph. (800 in MA or 978) 851 2950. His funeral service will be held Friday, February 14, at 11:00 a.m. in the funeral home, and will conclude with Navy Honors at St. Mary Cemetery in No. Tewksbury. In lieu of flowers, memorials to American Cancer Society, 30 Speen St., Framingham, MA 01701 will be appreciated. visit: tewksburyfuneralhome.com