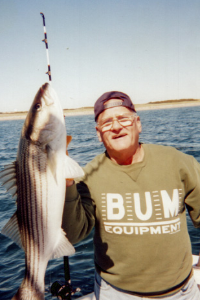 Duncan L. Cahill, age 88, of Hingham, died February 9, 2020 at Bridges by Epoch at Hingham. Duncan was the husband of the late Elizabeth M. (Flett) Cahill. Born in Boston, he was raised and educated in South Boston, son of the late Paul F. and Florence (Behm) Cahill. Duncan served with the Marine Corps during Korea, and for 35 years he was a senior custodian in the Brockton School Department. Duncan worked at Brockton High, Raymond and Kennedy schools, and in 2002 retired as head custodian.

Duncan was devoted to his family, especially his grandchildren and great grandchildren. He was a dedicated supporter of the wounded and disabled veterans and Native Americans. He also enjoyed fishing, Native American studies, building models, puzzles and reading.