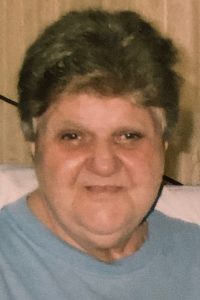 She was born in Newton, MA. She was a very religious Catholic, who at- tended Catholic sister school growing up. She was employed by Catholic Charities for more than 15 years as a caretaker for the Elderly and Disabled, she loved to care for others. She was surrounded and supported by her loving family and caregivers during the last days of her life.

Patricia was born in Feb 22, 1937 to the late parents of James Sweeney and Eleanor Sweeney, along with her sisters late Eleanor (Butchie) Sierra, Beverly Sweeney and late Brother James (Jim) Sweeney, she leaves behind her sister in law Matilda Sweeney married to the late James Sweeney. Patricia was married to the late Raymond Silva in which they had four beautiful daughters together Patricia Silva, Kathleen Silva, Debbie McNicholas, Donna Silva along with...survived by so many nieces and nephews, grandchildren and lots of great grandchildren and friends and family. She divorced later in life and met the late Richie Tibbets who she spent the last days of her life with and cared for until he passed.

Patricia was loved by so many; she gave to so many, raised generations in which we are so lucky to have been a part of her life. She was so unselfish with love, gratitude and respect. She always smiled no matter what, she made everyone comfortable and got along with everyone no matter what. We love you! We thank all for your support and comfort in this trying time.