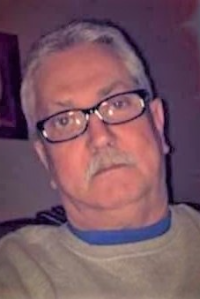 NEW BEDFORD… Carlos A. Pacheco, 63, of New Bedford passed away January 28, 2020 at Charlton Memorial Hospital in Fall River.
He was the husband of Madalena Cidade Pacheco.
Born in Ponta Delgada, St. Michael, Azores, he was a son of the late Jaime Orion Pacheco and Maria da Conceicao (Paiva) Pacheco.
Mr. Pacheco worked for many years as a bartender and manager for the former La Vinha Restaurant which became Knuckle Heads Restaurant in New Bedford. He was a member of the Washington Club, Fisherman’s Club and the former Pilor House, all in New Bedford. He truly loved his job at Knuckle Heads, dancing and spending time with his family above anything else.
Along with his wife, survivors include his daughter: Michelle Cidade Pacheco of New Bedford; his son: Robert Alberto Pacheco of New Bedford; his grandchildren: Tyren James Pacheco, Chasity Marie Pacheco, Angel Marie Kimball, Savanna Fernanda Pereira and Andreya Jasmine Pereira; a great grandson to be born in February: Noah Pires Pacheco; several brothers, sisters, nieces and nephews.
There are no services scheduled at this time.