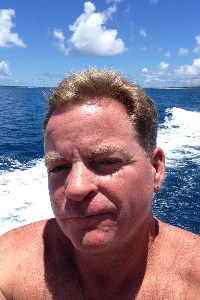 Jeremiah J. "Jerry" Harrington, formerly of Charlestown, Honolulu, Hawaii and Somersworth, New Hampshire, entered into eternal life on Saturday, February 1, 2020 at the Massachusetts General Hospital in Boston. He was 59 years of age.

Jerry was born in Boston on August 26, 1960, a son of Mary E. (Toland) Harrington and the late Arthur C. "Sonny Boy" Harrington. He grew up in Charlestown where he was educated in the Boston Public School system and graduated from Copley Square High School in 1978 where he was a member of the ice hockey team and baseball team. Jerry later graduated from the Harry Lund School of Seamanship in Piney Point, Maryland. He followed his father's footsteps and sailed as a Merchant Marine for 40 years and was a member of the Seafarers International Union before retiring to Honolulu, Hawaii. Jerry then returned to Boston to be closer to his family. He was a story teller with a great sense of humor.

Relatives and friends are invited to attend Jerry's Funeral Mass on Saturday, February 8, 2020 at 11 A.M. in St. Mary's Church, 55 Warren St. Charlestown. His burial will be private. There are no funeral home visiting hours.