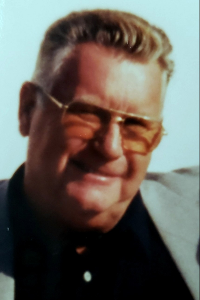 
Charles "Larry" H. Lawrence III, formally of Hingham, Hull, and Mashpee, currently resided in Falmouth, was born August 22, 1937 to the late Charles H. Lawrence II and Kathleen M. Lawrence, has passed away suddenly from a short illness on January 28, 2020.

Larry, as everyone called him, graduated from Hingham High School Class of '56, which he was named an all-state football player for offense and defense. He then attended Suffolk University Class of '58. Larry proudly served in the national guard as a skilled riflemen with an honorable discharge. He was a former President and long time member of the Lions Club in Falmouth, and Mashpee which he received recognition awards of appreciation and service. Larry was also a long time member of the Falmouth Elks, and the NRA.

He continued on to become the President of the finance committee in Mashpee, a member of the board of health, a founding father of Christ the King Parish, and manager of purchasing at New Seabury.

Larry loved the sun and the beach, reading historic books, fishing, playing golf, was an avid sports fan, enjoyed growing vegetables in his garden, and vacationing in Florida.

He is survived by his brother Peter M. Lawrence of Mashpee, His 5 children Charles “Chuckie” H. Lawrence IV of Marstons Mills, Cheryl Brown of Hull, Stacy Lawrence of Jupiter, FL., Tamara Lawrence of North Falmouth, Katelyn Rogers of Sandwich and his 3 grandchildren who he was so proud of Ariana Christine Silvia, Aiden Charles Rogers, and Julianna Kathleen Rogers.

His family will hold a private burial service.