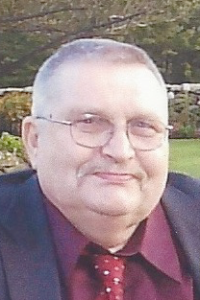 David A. Freeman, age 81, a lifelong resident of Norton, passed away peacefully, in the comfort of his home, surrounded by his loving family on Saturday, February 1, 2020. He was the beloved husband of Gail A. (Worthington) Freeman, to whom he was wed on February 23, 1957.

Born in Attleboro, MA on April 21, 1938, he was a loving son of the late Arnold Freeman and Bernice (Wood) Barnett.

David grew up in Norton and was a 1956 graduate of Norton High School. During the time of the Vietnam War, he proudly served his country for three years as a member of the United States Army. He later continued his studies, attending classes as Northeastern University.

Prior to retiring, Mr. Freeman had been employed at Texas Instruments in Attleboro for forty-five years. He began his career there when the company operated under the name of Metals & Controls and retired with the position of Facilities Supervisor.

David’s happiest times were those spent with his adoring family and along with his wife, enjoyed traveling in the United States and abroad. He was an avid motorcycle enthusiast who rode both on road and off road. David was also a true New England sports fan and his other hobbies included woodworking and brewing homemade beer.

Relatives and friends are cordially invited to attend a service in Celebration of his life on Saturday, February 8th at 12:00 P.M. at the Norton Memorial Funeral Home, 19 Clapp St. (Off Route 140, Taunton Ave,) Norton. Burial with military honors will follow at the Norton Common Cemetery in Norton.

Visitation will be held on Saturday morning prior to services beginning at 10:00 A.M. at the funeral home.

In lieu of flowers, David’s family has requested that contributions in his memory be made to the Community Visiting Nurse Agency, 10 Emory St., Attleboro, MA 02703.