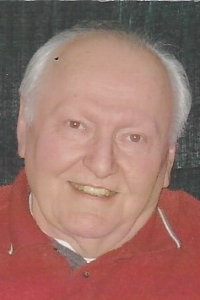 Allen R. Hart, Sr., age 80, of Norton, formerly of Brockton, passed away peacefully on Saturday, February 1, 2020 at the Marian Manor Skilled Nursing & Rehabilitation Center in Taunton. He was the beloved husband of Barbara F. (Grindall) Hart, to whom he was wed for fifty-four years.

Born in Boston, MA on February 8, 1939, he was raised by his loving aunt and uncle: the late Dorothy and George Balsor.

Al grew up in the Upham’s Corner neighborhood of Dorchester and was a 1957 graduate of Dorchester High School. He made his home in Norton for the past five years and had formerly resided in Brockton.

Prior to retiring, Mr. Hart was the proud owner and operator of Hart’s News in West Roxbury. He was a devoted family man whose wife, children and grandchildren were truly the focal point of his life.

Al also had a sweet tooth for trips to Foxwoods, horse races and attending events at the former Taunton-Raynham Dog Track. He was an avid fan and supporter of New England sports and had a special place in his heart for cats.

In addition to his wife, he is survived by his devoted children: Allen R. Hart, Jr. of Mansfield, Christine M. McElhinney and her fiancé Tim Hayward of West Bridgewater, Brian C. Hart and his wife Brigitta of East Taunton and Karen E. Hart of Norton. He was the cherished grandfather of Eleanor and Allen Hart, III, Patrick McElhinney, Jacob, Lauryn and Trevor Hart, Christopher, David, Elizabeth and Jennifer St.Laurent and the late Dennis McElhinney, Jr. He was the dear brother of Jean Haney and the late Jackie Megan.

His funeral service, to which relatives and friends are cordially invited to attend, will be held on Friday, February 7th at 11:00 A.M. at the Norton Memorial Funeral Home, 19 Clapp St. (Off Route 140, Taunton Ave.) Norton. Burial will follow at the Pine Hill Cemetery in West Bridgewater.

Visiting hours will be held on Thursday, February 6th from 6:00-8:00 P.M. at the Norton Memorial Funeral Home.

To send his family a message on condolence, please visit www.nortonmemorial.com