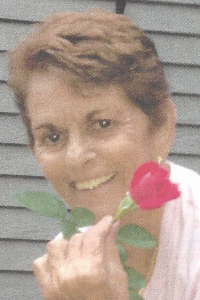 Norma E. (Ciavattone) Lanoue, age 82, of Mansfield, formerly of Sharon, passed away peacefully on Thursday, January 30, 2020 at Norwood Hospital. She was the beloved wife of the late Richard Lanoue and the late John W. Dryden.

Born in Boston, MA on January 20, 1938, she was a loving daughter of the late Raffaelo “Ralph” and Adeline (Tirone) Ciavattone.

Norma spent her early childhood living on Prince Street in the North End of Boston. She later moved to Roslindale, where she was a graduate of Roslindale High School and after starting her own family, settled in Hyde Park.

Prior to retiring, she had been employed as an Administrative Assistant at Dedham Medical Associates. A resident of Mansfield for the past seventeen years, she was a former longtime resident of Sharon and a communicant of Our Lady of Sorrow Church in Sharon.

Norma loved spending time amongst her treasured family and throughout her life took exceptional care of her sons. She enjoyed dining out, watching television and the simple pleasure of relaxing in her backyard, sitting on her swing with a good book.


Her funeral Mass, to which relatives and friends are cordially invited to attend, will be celebrated on Saturday, February 8th at 10:00 A.M. in Saint Mary’s Church, 330 Pratt St. (Route 106) Mansfield. Burial will be private.

Visiting hours are omitted and in lieu of flowers, donations in Norma’s memory may be made to Saint Jude Children’s Research Hospital, 262 Danny Thomas Place, Memphis, TN 38105.