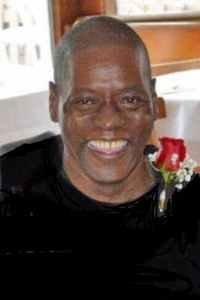 
Paul James Ward, 69, of Provincetown, passed on to the next realm on January, 21, 2020 at Cape Cod Hospital in Hyannis due to heart failure. He was the spouse of Titus Ulrich of Provincetown.

Born and raised in Cambridge, Paul discovered his love of cooking at an early age. He became manager of several campus dining halls at Harvard University. Paul retired and moved to Provincetown in 1996. He soon came out of retirement to work at the West End General Store, where he quickly made a football friendship with his boss, Kevin McCoy.

Paul’s most memorable attribute was his big smile and his shining personality. Never a judging bone in his body, Paul respected everyone he met and was loved by all who met him, especially the staff of Angel Foods, his last place of employment. He lived by the mantra “Remember to love, have compassion, and gratitude. Fill your hearts with love so there is no room for fear.”

In addition to his spouse, Titus Ulrich, he is survived by his adopted family, Heather and Matt Blais along with their daughters, Genevieve, Hannah, and Lillian of Middleboro. He also leaves many, many friends.

A Celebration of Paul’s Life is tentatively set for May 1, 2020 at The Governor Bradford Bar and Restaurant in Provincetown, at a time to be announced.