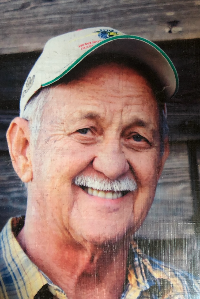 Private graveside services will be held at Irwinville Cemetery. The family will receive friends from 6-8 Wednesday evening at the funeral home in Fitzgerald.

Mr. Fletcher was born July 26, 1935, in Irwin County, Georgia, to the late Ennis M. & Winnie Wages Fletcher. He was a 1955 graduate of Irwin County High School and served his country honorably in the Army National Guard. He retired as a maintenance supervisor for Delco-Remy. He also farmed following his retirement. He loved playing baseball and watching sports and dearly loved spending time with his grandchildren. He was a member of Arp Baptist Church.