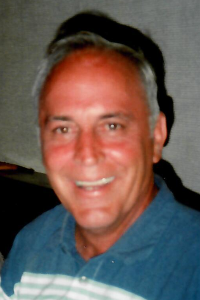 John J. McCabe Jr., a resident of Stoneham and formerly of Charlestown, entered into eternal life on Monday, January 27, 2020 at the Courtyard Nursing Care Center in Medford. He was 75 years of age.

John was born in Boston on November 11, 1944, a son of the late John J. McCabe and Leona (Curtin) McCabe. He grew up in Charlestown where he attended St. Mary's Parochial School and graduated from Charlestown High School in 1963. John was the owner of Royal Pest Control for many years. He was an avid golfer who enjoyed traveling to Myrtle Beach and attending his grandson's sporting events. He was a member of the Bunker Hill Council #62, Knights of Columbus, The Somerville City Club, and the Halligan Club.

Relatives and friends are invited to attend John's Funeral on Saturday, February 1, 2020 at 9 A.M. from The Carr Funeral Home, 220 Bunker Hill St. Charlestown followed by his Funeral Mass in St. Francis De Sales Church, 313 Bunker Hill St. Charlestown at 10 A.M. His burial will be private. His visiting hours will be on Friday, January 31, 2020 from 4 to 8 P.M. in the funeral home.